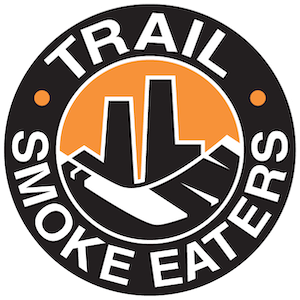 Welcome back to the Comino Arena. Thank you for your continued support of the Trail Smoke Eaters and for being a valued season ticket holder.

As a Trail Smoke Eaters Season Ticket holder, you receive the benefits below.

Membership Savings
- Same seat for all 26 regular season home games
- First right of purchase for your playoff seats
- Only $10.73 a ticket, Save 42% off walk-up prices

For the 2022/23 season, fans have the option to either book a season pass as they would have last season, giving them one ticket per home game and the guarantee of securing their seat. This season fans can now book a flex pass that will give you the option to use the tickets as you desire.

Fans who purchase a flex pass will be credited a total of $416 into their Igniter account. This will allow you to buy tickets on a game by game basis as you see fit. Whether it's two tickets per game for the first half of the year or its 26 tickets for one game the choice is yours.

Fans will be able to purchase single game tickets starting September 1st 2022 with the BCHL regular Season starting on September 23rd.
With the flex pass you do not have a guaranteed same seat as you would with your normal season ticket.

Credits issued can only be used for the 2022/23 BCHL regular season and cannot be transferred for use in playoffs, the following season or instore merchandise. Any remaining credits left at the end of the Smoke Eaters regular season will be removed from your account.

When tickets are bought online fans will be responsible for printing the tickets themselves or downloading them to their Apple or Android wallet to then present the tickets at the gate.